How It All Started

Originally from the south of China, the Pak family left Hong Kong and sailed across half the planet. Via the Suez Canal, they reached Marseille after a 45-day voyage. This long journey by sea deeply influenced the company’s current manager who was then a child. Wholeheartedly keen on knowing more about other peoples and their cultures, as well as on collaborating with them, he would succeed his father and carry on developing the family’s art trade business.

The company’s founder, also the father of its current manager, opened the doors of his Parisian shop – named “Au Trésor d’Orient” – to art-related professionals and specialized in Chinese and Japanese objets d’art. 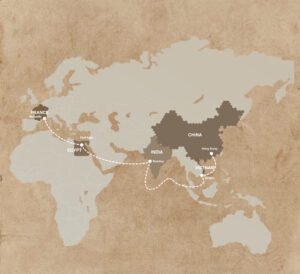 As the company grew bigger, its status was changed. Initially an individual company, it was turned into a limited liability one – “ORIENTAL ARTS GEMS INTERNATIONAL SARL” – trading as “TresOrient”. The company moved near the central customs office (Paris), the latter being the only one empowered to deal with the French entry and exit formalities regarding art items. In addition to the trade of Far Eastern pieces of art, the company successfully entered the market of raw materials – nephrite jade from Yukon (Canada) and Irkutsk (Russia), zoisite from Tanzania, malachite from Lubumbashi (Democratic Republic of Congo), and fossil mammoth ivory from Yakutia (Russia).  Then, TresOrient also started to design and to sell oriental rugs and carpets, along with tapestries. Stored in the quiet library of the Museum of Decorative Arts (Paris), Aubusson rug and tapestry models did fruitfully inspire the company which “revisited” them afresh.  Thus, the company became a major European player in the trade of hand-knotted rugs, carpets and wall hangings in Aubusson style.

The Opening of a Gallery

TresOrient opened an art gallery in Paris, on Quai de Conti. There, individuals and art lovers from all over the world had the opportunity to discover part of our collection while we were given the privilege of further and better discerning this clientele’s tastes. 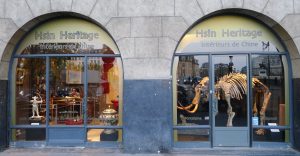 A New Gallery in Lognes 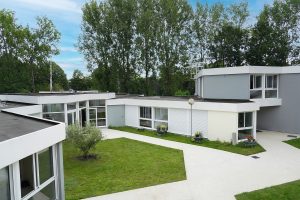 Located in Lognes, near Paris, our new 1,000 square-meter gallery became the one place for all our activities. Since then, our entire collection has been exhibited in a building which was to be demolished… until we decided to do it up like new. The renovation works lasted four years – the price to pay for a highly ecological project. Loved at first sight, this uncommon place – with its numerous windows and honeycomb structure – now conveys its owner’s sensibility. Like light sensors, the different rooms let daylight enter thoroughly and highlight exquisitely special pieces that had never been shown to the public so far. VISIT OUR GALLERY

TresOrient has a collection of 26,000 different pieces of art, all personally selected and acquired by their owners – father and son. Some were made out of precious materials, some out of raw materials, and some others are rugs and carpets.

A Clientele of Art Lovers

Our collection is much appreciated by art and interior design specialists. Therefore, part of our clientele consists of passionate expert collectors and art galleries. Our company plays a major part in all the market segments it got involved in – sculptures, raw materials (jade, malachite, lapis lazuli, zoisite, fossil mammoth ivory), oriental handwoven silk rugs, and hand-knotted rugs and carpets in Aubusson style.

Our rugs and tapestries finely dress fashion show stages, movie settings, along with private mansion, castle and loft interiors. Our clientele – interior architects and designers from Europe, the Middle East, Japan or the USA – values their quality.

DISCOVER OUR RUGS AND CARPETS

Objets d’Art from the East

TresOrient’s large catalog is made up of art pieces from the four corners of the world.

The raw materials like jade are mainly extracted from deposits located in Yukon (Canada), and mammoth ivory from the Siberian tundra. The sculptures directly come from various Chinese regions – Henan, Beijing, Jiangsu, and the south.

Created in collaboration with talented Chinese designers, the rugs and carpets are hand-knotted by local artisans, in workshops mainly located in Zhenping and Qingdao, well-known for their age-old weaving skills and tradition.

For the past few years, TresOrient has been involved in the repurchase of art pieces located in Europe by Chinese collectors.

The Collection’s Owner – An Art Expert and Explorer

Born in Hong Kong, Mr Pak came to Paris with all his family. There, he studied statistics and econometrics at Paris Dauphine and Paris Sorbonne Universities. Immersed in art from a very young age and for a significant time as a student at the Ecole du Louvre, he also acquired so much experience by observing and accompanying his father that he eventually succeeded him.

For many years, he travelled around the world (Russia, China, Japan, the Middle-East, Africa, the Americas) enriching and renewing the substantial family legacy with exquisitely special pieces. Today, this eclectic collection is made up of 26,000 art items.

In 2011, Mr Pak had the opportunity to join a scientific mission to the North Pole, as a mammoth ivory expert. The expedition aimed at analyzing an amazing discovery – a young and well-preserved wooly mammoth dubbed Yuka.

READ OUR ARTICLES
Top
We use cookies on our website to give you the most relevant experience by remembering your preferences and repeat visits. By clicking “Accept”, you consent to the use of ALL the cookies.
.
Cookie SettingsAccept
Manage consent

This website uses cookies to improve your experience while you navigate through the website. Out of these, the cookies that are categorized as necessary are stored on your browser as they are essential for the working of basic functionalities of the website. We also use third-party cookies that help us analyze and understand how you use this website. These cookies will be stored in your browser only with your consent. You also have the option to opt-out of these cookies. But opting out of some of these cookies may affect your browsing experience.
SAVE & ACCEPT

Item added to your cart

Continue Shopping Go To The Cart